On behalf of Superstar X and The X Team, we hope you're staying as well as can be amidst the world's amplified challenges, including COVID-19 and the chronic societal illnesses: racism, stigmatization, discrimination, marginalization, sexism, heterosexism, homophobia, and transphobia, among any belief, bias, behaviour, practice, and/or policy that oppresses and/or stigmatizes being “different” instead of celebrating our uniqueness and everything else that makes us inherently Humxn.

For those who are new to our story, Superstar X was founded in April 2017 to help correct the injustices in the world. Its origin was predominantly inspired by my brother Edward K. Weatherly’s diverse challenges with schizophrenia, substance use disorder, homelessness, HIV, and identity (Edward identifies as gay and I identify as a lesbian), in addition to his successes and including his pop-graffiti artwork.

In May 2019, The X Shop was launched to further Superstar X’s platform for co-creating Justice. Superstar X's purpose is to celebrate being humxn and destigmatize being different, for the superstar in all of us. Our mission is to empower humxnity and cultivate connection by co-creating for multidimxnsional wellness, art, film, music  fashion, and fun. To learn more about our story, click here.

Despite my family's experiences with diverse social challenges, we benefit from our unearned white privilege simply because of the colour of our skin… yes, humxns are not born racist, BUT we are born into racism. Society's racist systems and policies et al perpetuate racism and its devastating effects, from the covert to the overt. Racism is a plague to control and divide humxns. It's a disconnection from our Humxnity as culpable means to more profit and power instead of focusing on more connection for people, planet, and purpose.

The racist murder of George Floyd revealed to the world more of racism’s chronic atrocities, among the countless other lives that were stolen before and after this happened: Trayvon Martin, Tamir Rice, Michael Brown, Eric Garner, Philando Castile, Breonna Taylor, Regis Korchinski-Paquet, Colton Boushie, Jacob Samson & Morris Cardinal, Chantel Moore, and Rodney Levi, among many others, including the chronic and staggering rates of violence against Indigenous Women, Girls, and 2SLGBTQQIA Peoples and within the context of cultural genocide and colonialization to form and perpetuate Canada…

In response to all of this, Superstar X has expedited our focus to include a greater dedication to listening and (un)learning, in addition to exercising antiracist actions. As part of this expedited focus, in September 2020, Superstar X Magazine was launched to help cultivate humxn connection and eradicate racism by changing the narrative in "mainstream" media for the better, including a greater understanding and celebration of Black People, Indigenous Peoples, and People of Colour.

We won't stop being antiracist… we all need Hope, and especially now. Superstar X is dedicated to fuelling Hope with its ongoing antiracist actions and words. The following outlines Superstar X's key actions to help solve the wicked problem of racism, replacing it with the world we want to SEE more:

As we continue on this antiracist journey, if you have any questions or feedback to share, please contact us: (+1) 647-953-9859 or thexteam@superstarx.xyz. In addition, we are open to your suggested actions (especially actions that are co-creative to amplify the voices and talents of Black People, Indigenous Peoples, and People of Colour) and/or any corrections, in support of antiracism to eradicate racism. I was going to keep it as a gift on hand (a great gift) for a friend, but kept it for myself! Looks great wearing it with a simple, solid coloured shirt.

Superstar R.C., we're happy to know you think the scarf is a keeper (and a gift)! Thank you for your support!

Love this artwork. It’s the perfect piece for my “home”. A nice gift for anyone. Perfect size. It’s a cool open edition and addition to my home.

Superstar R.C., we're so happy to know that you love it, and we're honoured to have 'Home' in your home!

I’m so happy with my “Home” tote 🧡
The artwork on canvas is sharp and in excellent colour and detail (not blurry at all). It’s easy to carry and is spacious with has 3 pockets on the inside — 1 is zippered. I’m also glad that the lining is sewn well and feels durable. I had planned to use it to carry a change of clothes, towel, shoes for my exercise classes (but studio is closed now). It’s also great as a roomy tote bag / purse / gym bag or carryall. It’s so unique that it makes me and others smile whenever I carry it ☺️ 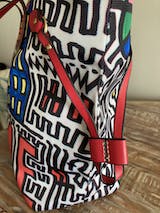 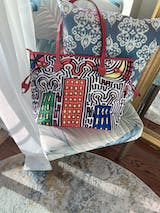 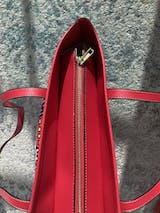 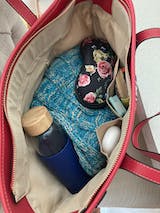 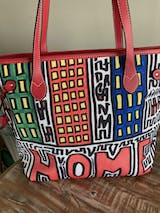 Beautiful silk scarf. Unique design and extremely versatile that can be used for casual and formal events. Awesome quality. Will keep coming back for more!!

These are probably the most complimented pair of sneakers that I have ever owned. They are very very stylish, well made and also extremely comfortable. It's definitely a statement piece.

Superstar Bode! We're so happy to have this feedback! It's such an honour for us that you're part of The X Family, and it means the world to us that you're showcasing the goodness of Edward's art on Superstar X sneakers! #ThankYOUforBeingX